The musty smell of sprouts

A recent publication added to the festivities surrounding the 40th anniversary of University Maastricht. ‘Het Maastrichts experiment’ (‘The Maastricht Experiment’ by Annemieke Klijn) is an account, through oral history, of the growing pains of my own Alma Mater. There is always a bit of a risk that oral histories, particularly emanating from the mouths of grand egos, become hagiographies. And indeed, in some of the narratives we see enormous personalities dripping in testosterone, full of academic machismo. Experience now tells me that this isn’t really unique to the Maastricht Experiment – arrogance, hubris and personality inflation seem to occur in virtually every higher education environment – at least in the dozen or so where I’ve had the pleasure and horror of working in since I left Maastricht. Or perhaps I am to blame, myself – Maastricht colleagues reflecting on my colourful career more than once have said ‘Where Leeuw is, there is trouble…’

Thus I am not criticising so much the intellectual machismo and inappropriate confidence sprouting from the pages of Klijn’s otherwise highly entertaining book. Also, I am not querying why there is no additional research to contextualise the histories we are confronted with (with a few technological coups de grace 37 years of volumes of Observant could have been digitised and represented in clever Leximancer or NVivo word clouds). Nor am I falling for the – too easy – trap of identifying the male dominance in building the university (but just look at the photo on page 132 to appreciate the full ungendered musty smelling horror of overcooked sprouts). No – what I find stunning (and of course a consequence of hagiography) is the lack of student perspective.

I am reminded of the episode of British comedy series ‘Yes, Minister’ where the most efficient hospital is one with 500 personnel but no patients in spite of long waiting lists: for the Maastricht Experiment story it more often than not seems that students have been a hindrance rather than a necessity. Students really liked the PBL approach and skillslab sessions, but personnel issues and workload demands simply stood in the way of implementing an obviously superior pedagogy to the full. The appointment of amateur cook Hemker (and his fast rise to be rector) had nothing to do with a commitment to high quality learning environments. But students made the difference, then and now. For sure, when I arrived in the Old Jesuit Monastery on a glorious Summer’s day in 1981, I felt that I was going to make that difference. My batch of fresh(wo)men lifted the total number of students in the entire university beyond 500, so there.

My earlier student career at another university had failed to launch. Having witnessed lecture theatres with 1500 uninterested fellow enrollees I bummed about for two years and then found myself in Maastricht. The experimental spirit quickly infected me. I had some catching up to do! Very speedily I joined Agora (the Social Health Science Study Association), NSEM (the student union, also a political party providing student candidates for all elected bodies; leftist, but not as radical as Lucifer, the anarchists headed up by Ferdinand Thung), KoKo (the Coordination Commission, in charge of providing sources of entertainment – I started an atrocious student acting career in ‘Alles in Drama’) and I wrote for Observant. Very soon Jacques Herraets (the chief editor) and Edith Goppel (the eternally whingeing secretary) believed I could take on editorial roles, and I started writing News – interrogating the likes of Co Greep (Dean of Medicine and a larger than life person who addressed me, by default, as ‘The Bitch’). 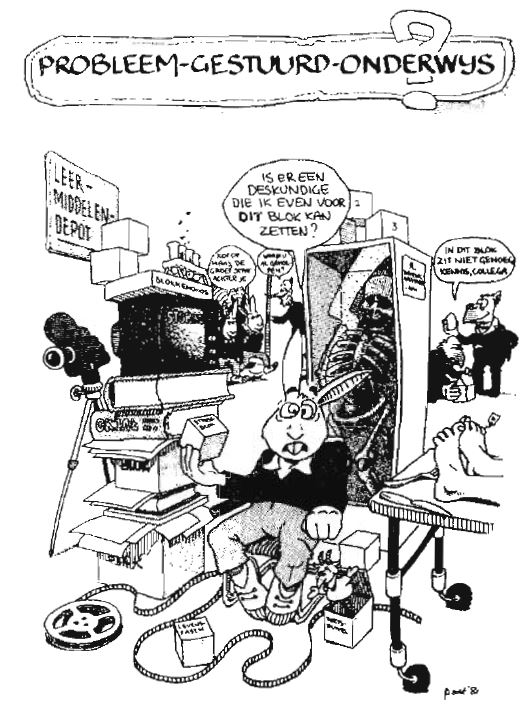 Apparently oral history allows for abundant name dropping, so here’s the remainder of my share: Paul Knipschild encouraged me to author my very first scholarly paper in a peer reviewed journal; it was based on my first year essay! Jan van der Made made me angry and critical about health political inexpedience and showed me that mastery of theory gave me a handle on real world vagaries. Fred Vorst and Albert van der Werff introduced me to the policy bowels of the Ministry of Health where I met the fabulous Louise Gunning. And Hans Adriaanse knew some people at the World Health Organization that might help me doing a research project with fellow student Willemien Hermans.

There, in the WHO office in Copenhagen, on a dreary November morning in 1983, the penny finally dropped and the light came on. We might have been an experimental programme with a weird name, the Rijksuniversiteit Limburg might have looked like a pretend university only, the rest of academia in The Netherlands may have dismissed us and especially medical doctors found us laughable amateurs – but I discovered that we stood on the shoulders of giants in a field called ‘public health’ which was taught for a century already in the US and Britain. And this discovery set me on a course of international public health ambitions – but that is an entirely different story.

Back to Klijn’s ‘The Maastricht Experiment’ (honestly, doesn’t this sound a bit like a Ludlum thriller…?). It is, indeed, time to document and analyse the history of this extraordinary university. This needs to be done critically and with a clear analytical frame in mind – I would suggest the analysis could revolve around ‘impact and influence’. Maastricht certainly has impacted on me personally with great significance, and much of its revolutionary and experimental spirit has had an influence on the institutions I have worked in, around the world, since I left.

Evelyne de Leeuw is professor and director of the Centre for Health Equity Training, Research and Evaluation CHETRE at the South Western Sydney Local Health District, University of New South Wales, and the Ingham Institute, in Australia. She studied and worked in Maastricht between 1981 and 2000. She produced her own oral pre-history of the beginnings of Health Sciences in a book on the occasion of the graduation of the first students in its programmes in 1984. It was called ‘Het Proefkonijn’ (‘The Guinea Pig’).

Recently we published a paper on policy juggling. This ‘artsy’ reference resonates with a ‘crafty’ perspective by Howlett and colleagues:

Glocal Health Consultants have been actively engaged in Healthy City capacity building since the early 1990s. Teaching has been offered in various guises and countries. Currently, the Healthy Cities teaching unit has a home with Deakin University. In its fifth year, it has always been a prime example of Deakin University’s current drive toward ‘cloud learning’ – it is developed and delivered wholly on-line with streamed video lectures, student collaborative and individual assignment work (through wiki technology) in virtual reality, and weekly online meetings. Students come from far and wide, including remote Australia, the Pacific islands, Germany, Iran, India, Sri Lanka, China and The Netherlands. The unit has also been offered in one-week intensive format at Walter Sisulu University (Mthatha, South Africa) and as a one-day intensive in The Netherlands and Québec (Canada).

There are situations where policy research is not easily outsourced to a company like Glocal Health Consultants. Even in such situations we can offer our support and assistance. Based on the experience supervision of dozens of research projects (including about 20 PhD projects) we can help you frame your research question, field test research tools and methodologies, and advise on the design and approach of your research report.

Based on Glocal Health Consultants’ extensive work with local and global policy development officers we have the skills and insights to contribute to better understanding of the policy process. We assist policy makers (whether bureaucrats or politicians) in setting realistic goals and resource parameters. We can assist in context mapping and stakeholder analyses. We use advanced theoretical insights to help you with coalition advocacy, network engagement, and alternative specification. We would be pleased to support glocal policy makers in working their way through the intricate interface between power, people, and possibilities.